One of the key components of VMware SDDC suite is NSX which is a network virtualization platform. VMware has been a leader in compute virtualization for over a decade now and with the introduction of NSX it has become a leader in Software defined networking product.

The NSX management plane is performed at the NSX Manager. This is a virtual appliance deployed as a standard OVF template on an ESXi host - recommended using the Management Cluster registered to a vCenter in a 1:1 relationship. If you have a cross-vCenter NSX environment that also has one-to-one relationship. NSX Manager is responsible for controlling and managing the whole virtual network by:

Netcpa daemon runs on each ESXi hosts prepared for NSX and it is responsible for sending the MAC address, IP information of each VM to NSX controllers. Received information NSX manager through message bus agent, RabbitMQ server service is responsible running on manager.

There are NSX services as follows:

Logical Switches - a distributed switch that can span vSphere clusters. Each mapped to a unique VXLAN and also can be extended to a physical device using an L2 bridge. 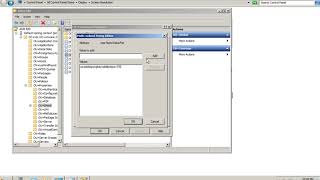